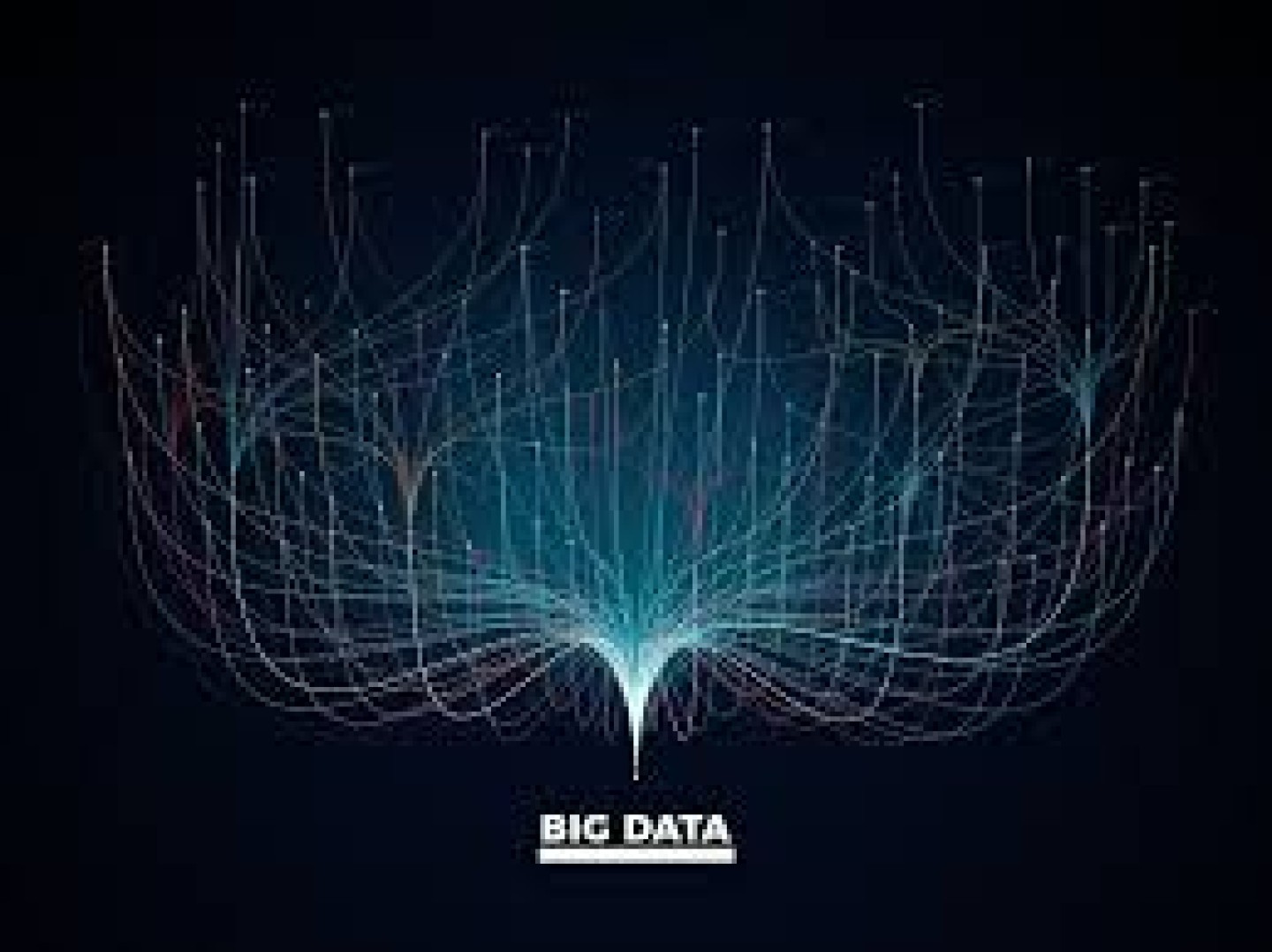 Big data and digitalization in the era of Industry 4.0

Thematic scope of the seminar:

 Is it efficient to start Deep Learning without database infrastructure?

 Do we always need a Deep Learning in industry?

 How to benefit from digital twin in simply data flow strategy?

 How to share digital twin in project consortium?

University of Science and Technology

Agile education in the era of digitalization

 The new challenges to be faced in education 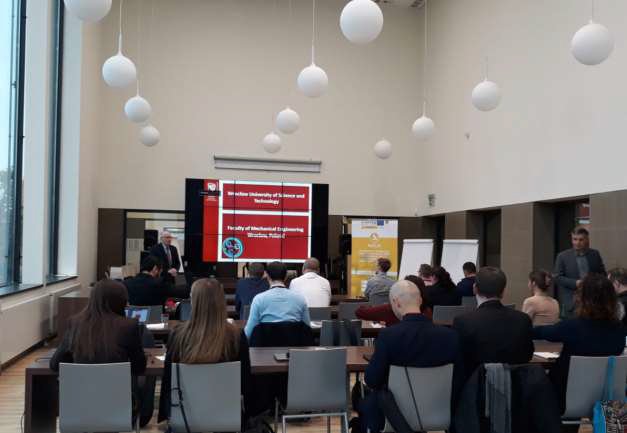 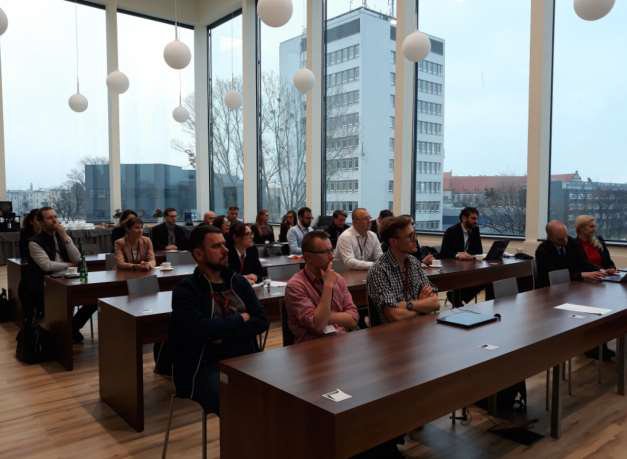 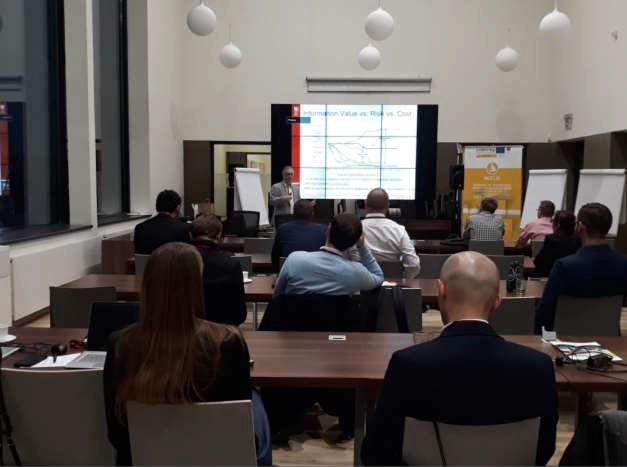 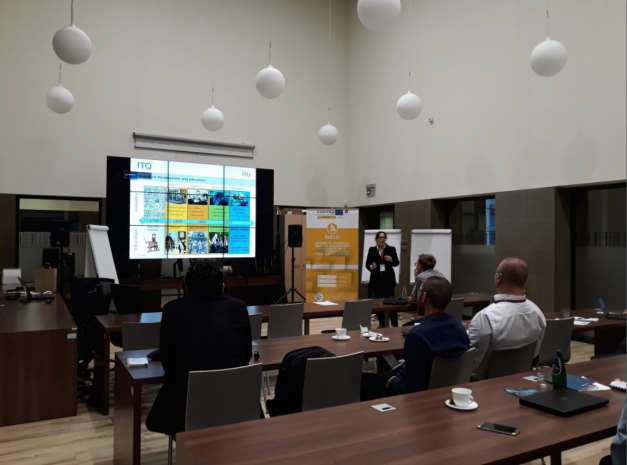 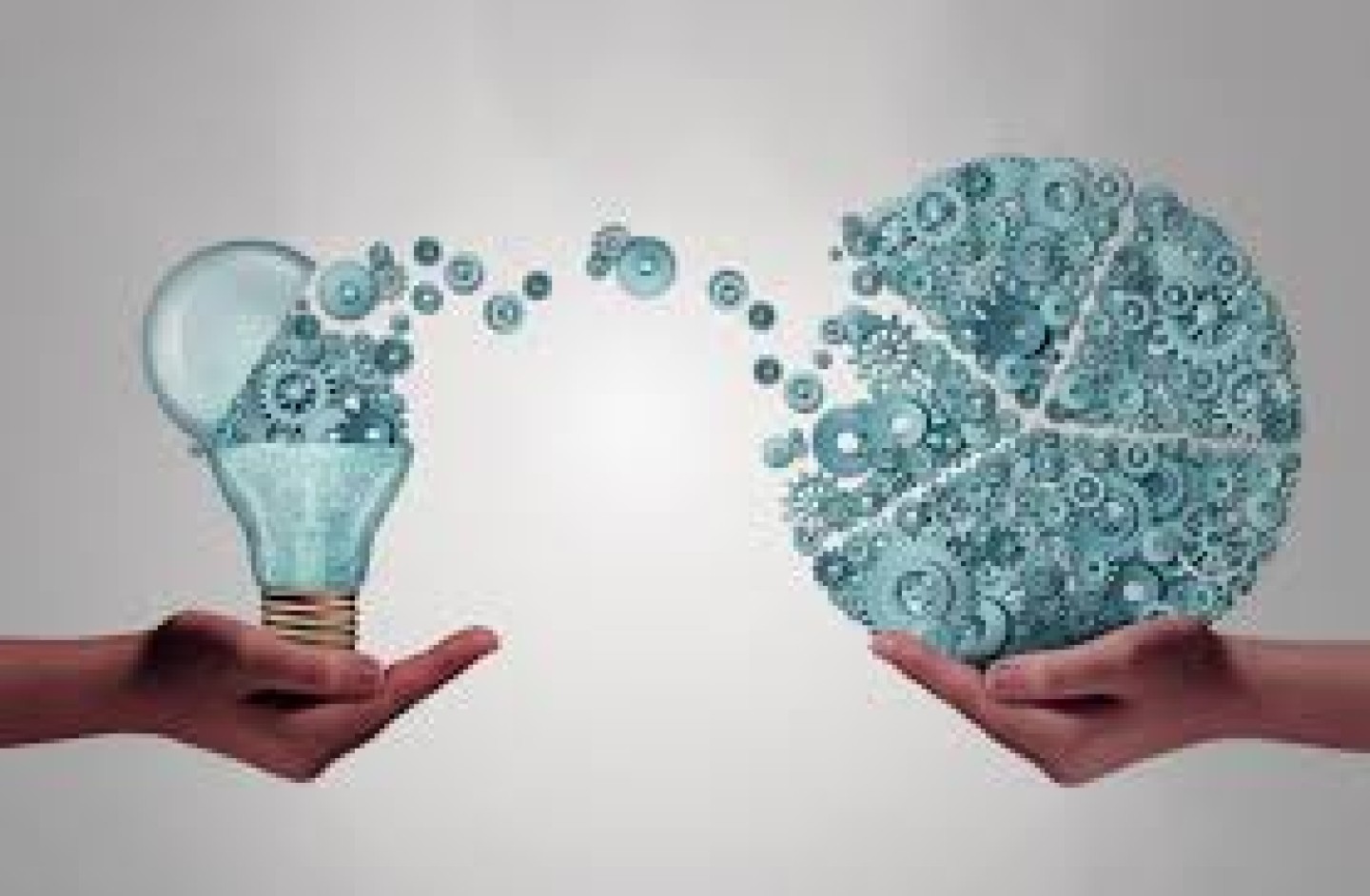 In this seminar NUCLEI provided an opportunity for the representatives of business companies, educational institutions and local S3 managers to discuss the trends and processes of innovation management in industry at the level of SMEs, large companies, and educational institutions preparing the work force for the fields of mechatronics and robotics. The participants explored the introduction of innovations in the field in their respective contexts and the ways their mutual cooperation might enhance the progress and facilitate effectiveness in achieving the development and sustainability goals.

The participants agreed to maintain closer contacts and find ways to better coordinate the needs of individual stakeholders in the industry and to support smooth and fast transfer of innovations into practice at all levels, sharing the best practices and opportunities for improvements 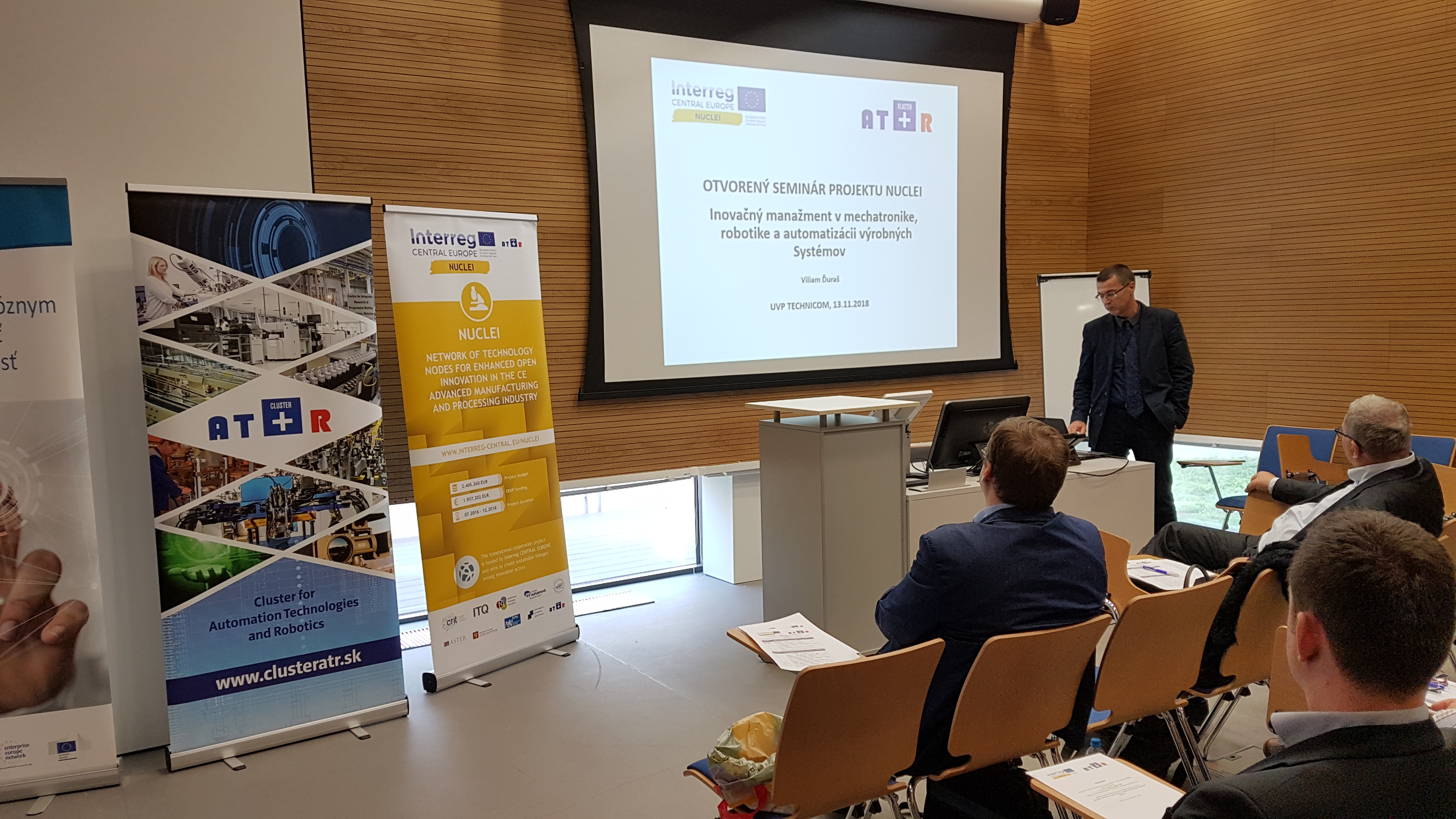 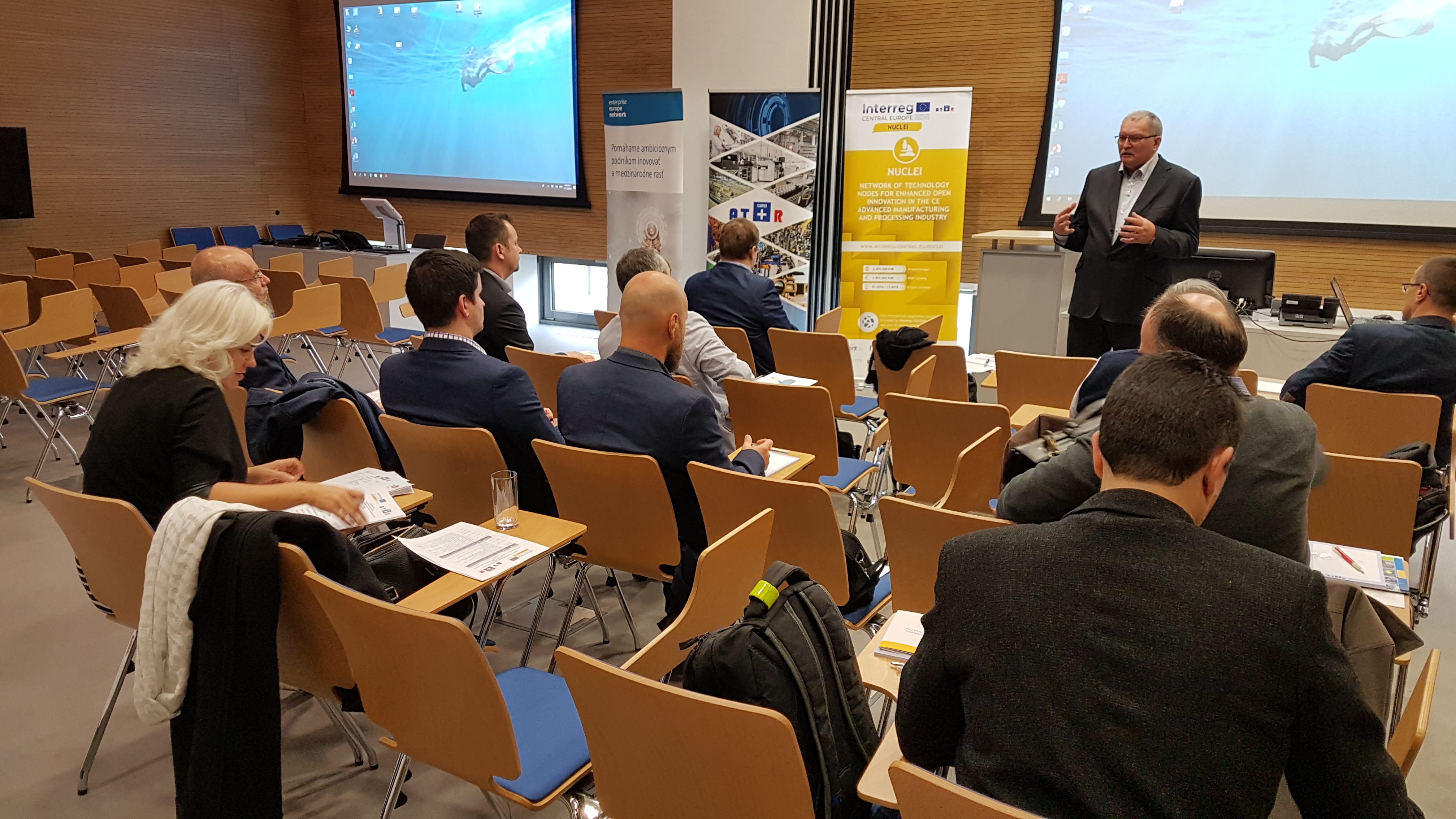 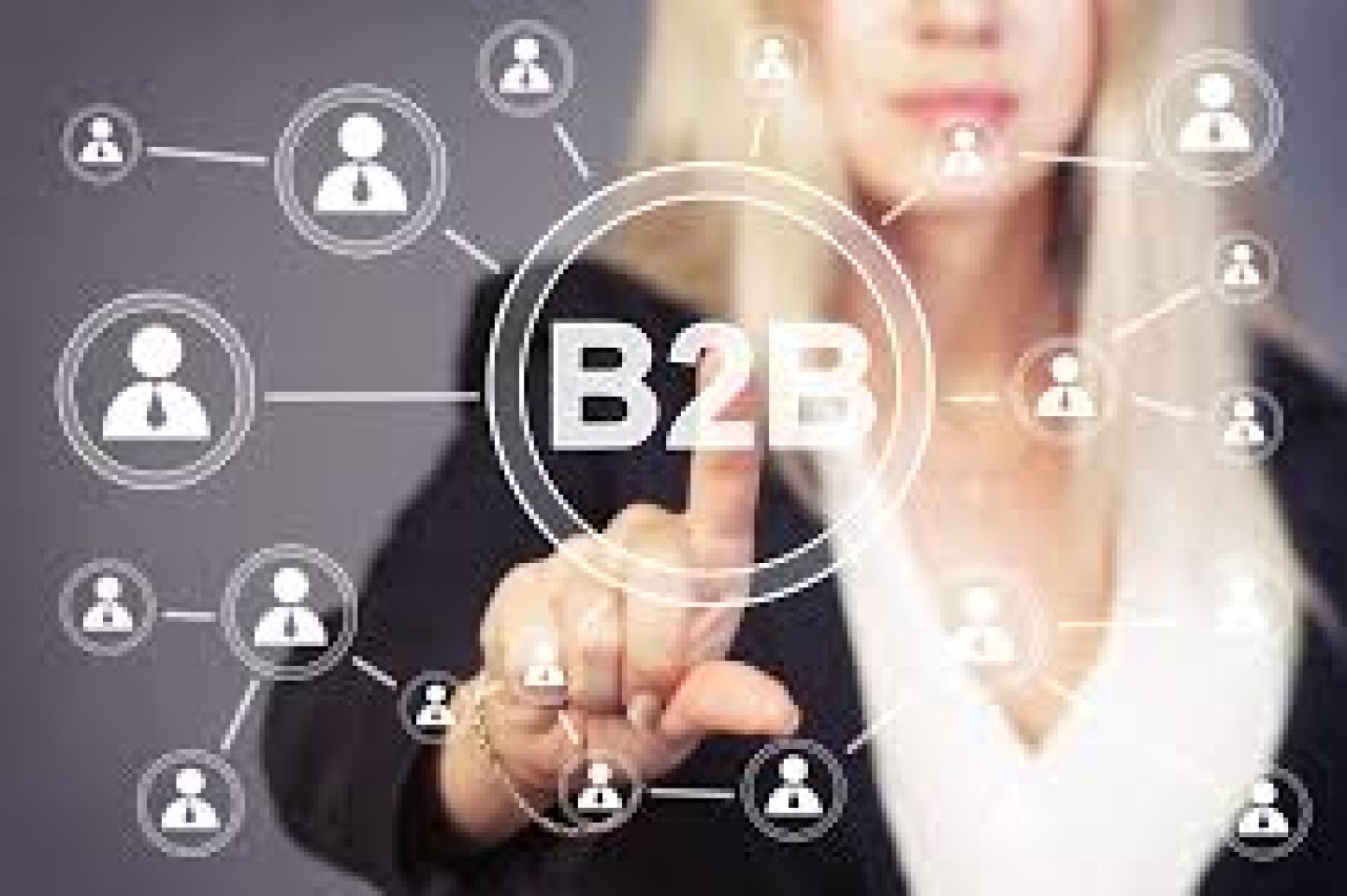 Companies in the field of factory automation from both Germany and Italy joined in on a guided event for matchmaking, pitching and follow-up talks for tech cooperation 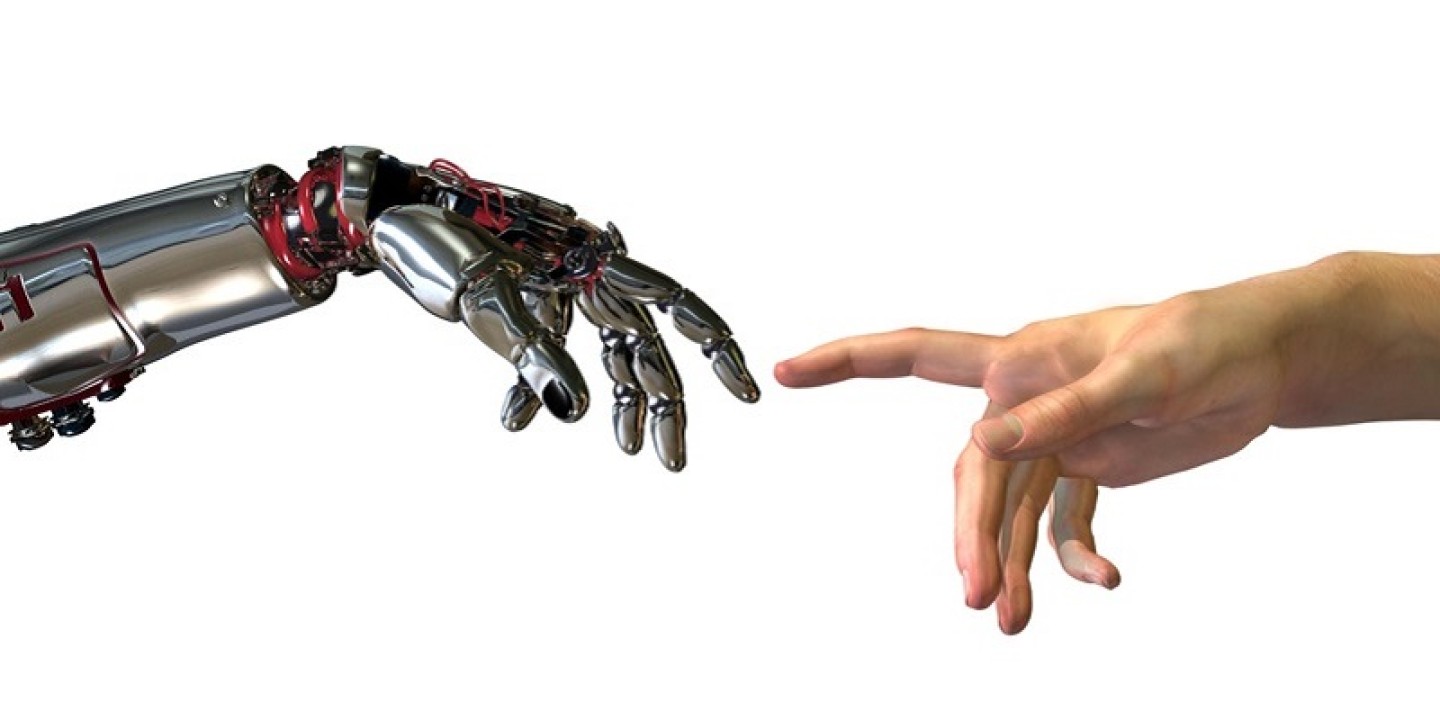 RCMT on June 7, 2018 has organized the seminar "Robotics for machine tool industry – support of advanced properties of machine tools and advanced accessories" in RCMT, ĆVUT, Horská.

Industrial robots are a key element for automation of production processes and in join with production and machining machines open up additional possibilities for increasing production efficiency. The aim of the seminar was to introduce the possibility of integration and use of robots in connection with modern production machines.

Insight into the possibilities of integration of robots in machining of view and auxiliary machine functions; connection management.

10:00-10:30 Trends in the use of industrial robots for machine operation Petr Duchoslav, FANUC

Robotics is increasingly applied in conjunction with machine tools, and not just in terms of mass production. Advanced features of robots with their simple controls allow greater and faster use of industrial robots for machine operators.

10:45-11:15 The central importance of industrial robots and their key roles in Industry 4.0 Winfried Geiger, KUKA, (DE)

The metal working industry Currently faces the challenge of organizing ITS Production in tehokas manner and in close proximity to the customer. That can only be achieved with intelligent robot-based automation connected to Industry 4.0. For this, KUKA Provide to the Market and tailor-made solutions "ready2_use" which will be introduced at the event. Further products for the integration of robot and machine tool will be Presented - KUKA. PLC mxAutomation and KUKA. CNC.

11:15-11:45 Advantages of the use of robots Stäubli and their advantages for integration Michal Šára, Stäubli

Optimizing cycle time using a robot OptimizeLab, many robots HE (Humid Environment) for use in aggressive environments, the possibility of controlling the robot via UNIVAL drive and UNIVAL plc.

Presentation of three robotic applications: deburring the ends of the billets (unusual applications for the robot camera control) hanging metal parts of a movable hinge (synchronization of the robot), the glue application and quality control (profilometry measurements).

Ways to program robots for machining using standard CAM, compared to the preparation of programs for CNC machine tools and robots, robot simulation environment in NX.

Linking robots and machine tools - KUKA robots Staubli and with the control system Siemens Sinumerik use of robots for machining.

The central importance of industrial robots and their key roles in Industry 4.0

Increasing productivity and reducing costs are key elements for maintaining business competitiveness. The aim of the seminar was to show that combination of data integration and some advanced analytics can have very practical and fruitful results for companies. The workshop was organized with academic and industrial lectures.

Dr. Tilman Becker is a senior researcher and project lead at the Intelligent User Interfaces department at DFKI. He received a diploma in Computer Science at RWTH Aachen in 1989 and a Ph.D. from the University of Saarland in 1994. He has been a postdoctoral fellow at the Institute for Research in Cognitive Science at the University of Pennsylvania (UPenn)

Mgr. Václav Jirkovský has practical experience with automation from Siemens IT Solutions and Services and Rockwell Automation. At the present time he is devoted to research of machine learning, cyber-physical systems, big data and their applications for industrial automation CIIRC at CTU. In his presentation shows possibilities of big data on examples from practice.

Pavel Burget acts as a leading testbed for CIIRC CTU and at the same time the owner of the company Factoria Solutions. In his lecture indicates the possibility of product lifecycle management (PLM) during the development and production of the product. The center of gravity will be the demonstration of integrated data management solutions for example SW Siemens family.

Jan Fibír is actively engaged in industrial automation since the early seventies. He applied their knowledge during his tenure VÚAP and companies Siemens and SIDAT. In his speech will focus on the potential and pitfalls of individual production machines connectivity to superior production management systems.

David Řehoř, brought his experience in the field of finance to engineering. During his tenure firms ABRA and ABB participated in the development of tools that allow you to get from production systems more data that is then used for the benefit of the company as cost savings. In his lecture will show examples of specific solutions offered by ABB.

Introduction of the NUCLEI and TPSVT project

Big Data-Driven Innovation in Industrial Sectors Dr. Tilman Becker is a senior researcher and project lead at the Intelligent User Interfaces department at DFKI. He received a diploma in computer science at RWTH Aachen in 1989 and a PhD from Saarland University in 1994. He has been a postdoctoral fellow at the Institute for Research in Cognitive Science at the University of Pennsylvania (UPENN)

Potential use of Big Data technologies in industrial applications

Tips and Tricks of Additive Manufacturing

In the last decade, Additive Manufacturing (AM) represents the strongest revolutionary technology in manufacturing. This technology provides smart solutions to manufacturing issues that have so far limited the imagination in mechanical design. Design Freedom, light-weight structures and independence from economies of scale are just few of the benefits provided by AM.

However, the adoption of AM requires radical changes in approaching design and production. New concepts and rules should be introduced throughout the whole product life cycle and critical issues should be assessed to maximize its exploitation.

The seminar aimed to increase confidence in Additive Manufacturing potential and to face the challenges that still characterized these technologies, such as the creation of a continuous process between the AM process and the subtractive post-process, a secure data transfer and the new materials potential.

Industrial AM for functional polymer parts

IP-Protection and Licensing of 3D-Printed Processes with Blockchain Technology

The working table: Innovation management (Italy): Topics: Human Robot Collaboration, Industry 4.0 was a continuation of the benchmark among participating companies technology portfolio and innovation management practices in the field of Robotics and Industry 4.0, for which three participants (UNIMORE; PILZ and DATALOGIC) had already met in Ostfildern, Baden-Wurttenberg, on July 23rd 2017. One former participant (GAIOTTO) was not present since they decided not to go on with the action, whereas another company (IMA) was introduced, and through this it became possible to discuss a possible use case for an innovative HRC application in the field of packaging machinery. UNIMORE facilitated the discussion providing insight on the latest research trends in artificial intelligence and object recognition for robotics.

The possibility to submit a proposal for Horizon 2020, in the topic of Human-Robot collaboration, has been further discussed, together with IMA.

The working table aimed to benchmark participating companies technology portfolio and innovation management practices in the field of Robotics and Industry 4.0. The three main participants (DATALOGIC, PILZ and GAIOTTO) approach the robotics field in a complementary way, whereby PILZ is specialised in engineering services, DATALOGIC in sensors and optics development, and GAIOTTO in robot integration and manufacturing for specific purposes and fields (ceramics, finishing, etc.). UNIMORE facilitated the discussion providing insight on the latest research trends in artificial intelligence.

10.00 Benchmark on companies’ technologies and approaches to Human Robot Collaboration,

OpenTech is developed by t2i in the framework of Nuclei project (CE 318).